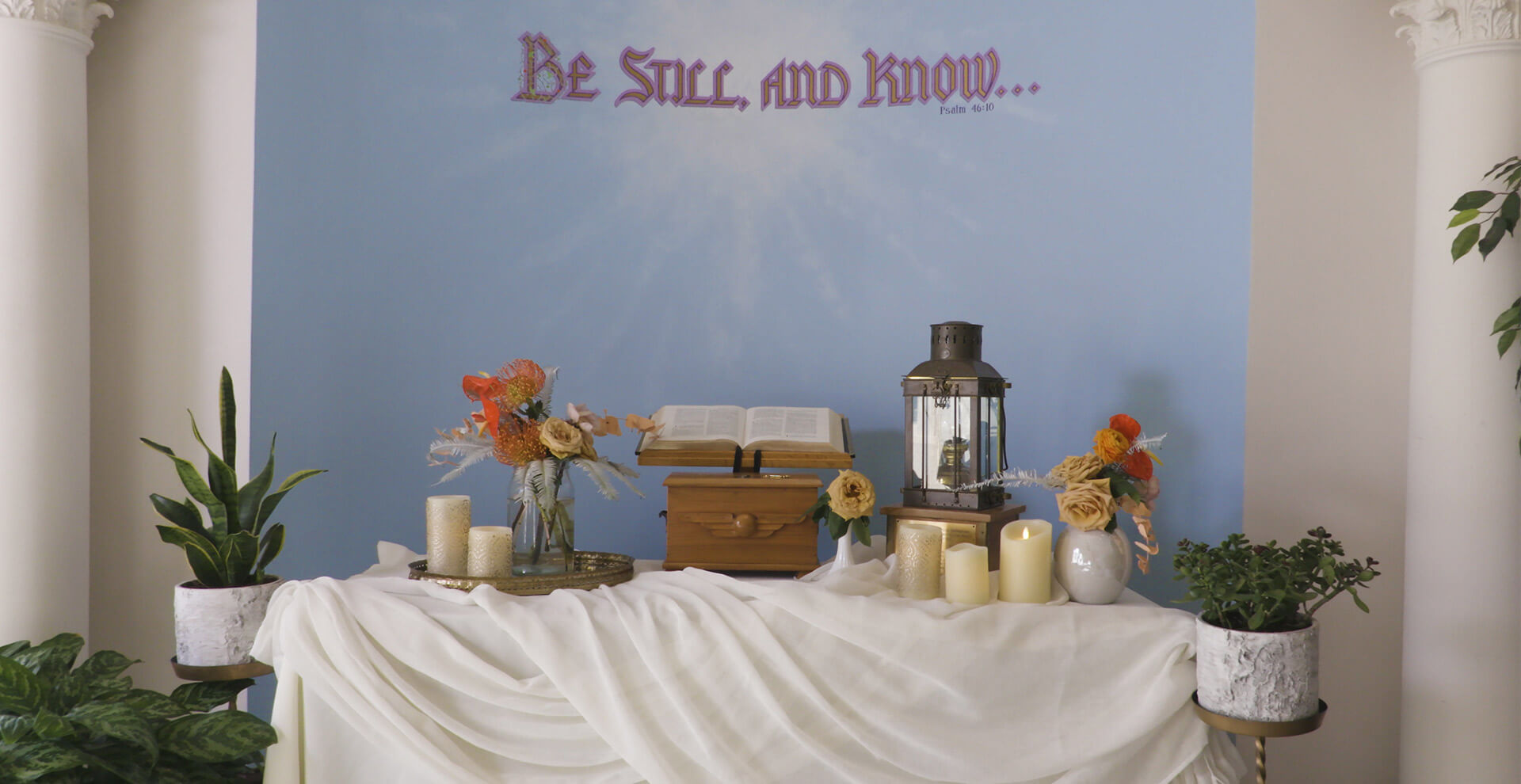 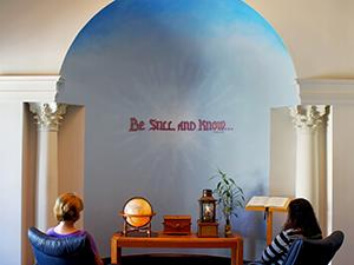 In the Silent Unity prayer vigil, every prayer begins by affirming the truth of God's perfect life and love at work now—and for the highest good of all.

The Silent Unity Prayer Ministry has been praying with people seeking spiritual support since 1890.

In the sacred space of the Prayer Vigil Chapel, located beneath the light beaming from the cupola of the Silent Unity Building at Unity Village, all prayer requests are enfolded in prayer.

In the prayer vigil, someone is praying 24 hours a day—praying as a kindred spirit, in a consciousness of oneness with God.

In the late 1880s, Unity cofounder Myrtle Fillmore’s life was transformed when she heard and believed the idea, “I am a child of God, and therefore I do not inherit sickness.” Speaking life-affirming words to her sickly body, she went on to live a life of health and wholeness.

News of Myrtle's prayer experience spread, and people near and far began sending their prayer requests to her. In 1890 Myrtle and her husband Charles Fillmore began a prayer ministry. Daily they held in mind and heart the prayer requests of everyone who contacted them. 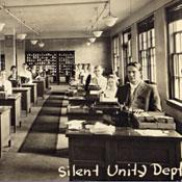 In 1907, Charles, the cofounder of Unity, added new telephone technology to the prayer work of Silent Unity. He knew that this would enable even more people to receive the prayer support they desired. Silent Unity now prays individually with callers from around the world 24 hours a day, seven days a week, as well as answering letters, emails, texts, and prayer requests through social media.

Each new prayer request is held at Silent Unity for 30 days of continued prayer. The requests are placed in the Prayer Vigil Chapel, where someone is praying 24 hours a day.

Silent Unity is often referred to as the heart of the Unity movement, and for many people, it is a heart that beats in rhythm with our world.

Centered in God and united in prayer, Silent Unity uplifts minds and hearts to give people whatever faith, courage, and strength they seek. This sacred work and purpose continue today.

Up Down
Toggle Sound

Lights Around the World